Everything I need to learn about forgiveness, I learned from my parakeet

We humans overcomplicate everything. Like everything! Our monkey minds take the smallest of things and can turn it into Mt. Everest-sized problems within 2.6 seconds. It's a gift. It's a gift we need to return. Our parakeet, Harold, taught me how.

We have an "open cage" agreement with Harold. We offer freedom, as long as he doesn't abuse it. I know, nice of us right?! He actually fully respects it. He generally only ventures outside his safe zone when a human he is familiar with is around. So, when I'm working at my computer, he will often fly onto my head to say hello. We chat for awhile, sing a little, he may even dance for me, but eventually I bore him and he returns to his nest.

One day, Harold started getting too comfortable. He started landing on the carpet instead of my head. Right in front of the sleeping dog, who already becomes a bit distraught when Harold ventures outside his cage. Now, I'm always there to stop the interaction and the bird remains safe, but one day, I was on the phone, distracted when he flew to my head, and then right to the floor. I didn't want to yell on the phone, so instead I watched the dog lunge quickly, and the feathers fly.

Thankfully it was brief; however, a paw blow from a 40 pound critter taken to the side of a little birdie is more than enough to cause some damage. I quickly got Harold to safety, but his eye had been hit and his wing was damaged. Harold went into shock. I held him against me for a long time, just giving him my warmth and security, while dabbing away the blood that dripped from his little eye. He's usually a bit feisty, to say the least, so it was refreshing to have him docile and tender in my hands. 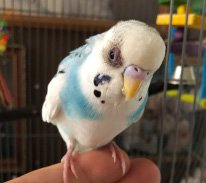 After the bleeding stopped, and he seemed less stunned, I put him back in his cage. The open door policy just ended, at least temporarily, and I left him alone to heal. I kept a close eye on him, but I had no idea just how watching his healing process would allow me to start healing some of my old wounds.

Now, let's imagine Harold has a human, injured by an inconsiderate, lack of self-control, meanie human. Harold's mind would became a swarm of thoughts about that big bad dog who nearly blinded him. "How dare he. Who does he think he is? I could have died. I may be blind forever. I will sue him. I will hate him forever. I will make his life miserable. I will tell everyone how bad he is and ruin him."

Yea, no none of that. I mean, I guess it's possible he could have been ruminating, but in this case, his pea brain mind served him well and I'm going to assume he wasn't.

Yea, Harold wasn't blaming or shaming or lamenting on his troubles. Harold was just healing. He ate a little less. Didn't take a bath. Slept more. Accepted our offers to come onto our fingers and snuggle, which usually he resisted. Most of the time we would just find him coiled up, in a fluffy little ball of feathers, resting. His body knew what to do. He would tuck his eye close to the warmth of his body and just rest. Just heal. 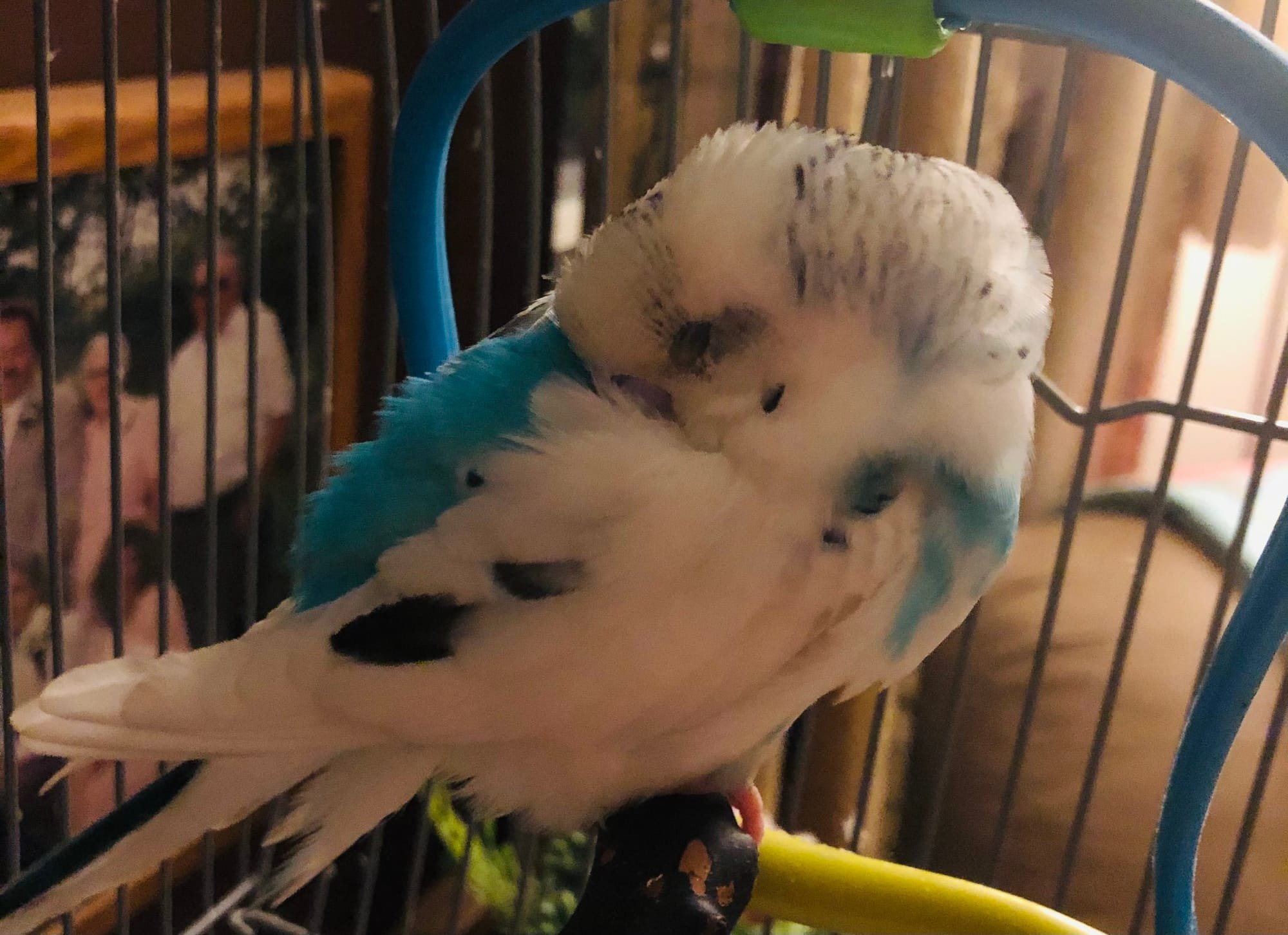 I'm going with the later, and I think it applies to not only physical injuries, but emotional ones also. In fact, maybe even more so for the emotional ones. We are apt to ask for help and receive it when physically injured, but when emotional injuries strike, we just go into a blame or shame mode and then lament on it for hours, days, weeks, months, years and even decades. The lamenting becomes resentment, bitterness, guilt and unforgiveness. We create a world of "if only." A world of woulda, coulda, shouldas, that we live under like an umbrella. An umbrella that isn't protecting us at all. It's just stopping us from actually feeling the pain and healing the wound.

What if we treated our emotions just like we treat a physical blow? What if we stopped? What if we took notice of it? What if we recognized we needed healing and then gave ourselves the time to do it? What if we didn't eat a cookie, have a beer, turn on the TV or go to social media? What if?

Harold trusted his safety. He landed in the wrong place, at the wrong time and a predator zoomed in on him. He paid for it, but he healed. Within a week his little black eye was gone. His wing healed and he was back to his normal shenanigans and feisty personality. He never took revenge on the dog. There relationship is exactly the same.

Should he have learned something from this incident? Yes. He didn't. In fact, he's already landed on the carpet, again. That's where Harold could take some lessons from us. However, we did dial back his freedom a little to try to protect him from his own stupidity.

And what did I learn from Harold's pea-brained mind? To forgive better, easier, quicker and always. When I get hurt, physical or emotional, accept help, whether it's a human or divine intervention. Don't focus on the human who hurt me, but focus on my healing instead, whatever that may look like. If I get quiet long enough to see it, then I will know what to do to fix it. Now this of course doesn't apply if your arm is falling off, and blood is squirting everywhere. Freaking get help silly. I'm talking about the emotional blows we take instead.

Maybe I just made forgiveness too simplistic. Believe me, I know it's not. I've forgiven a lot, but I'm still a work in progress. I'm still not over all the big paws that have hit me over my 51 years. Forgiveness is hard, but mostly because we've made it hard. We could all stand to learn a little from Harold.

Angela Miller is an an RN and Professional Life Coach passionately pursuing her purpose to help others remember who they are and how to become their best self, emotionally and physically. For more information, visit www.soaringforward.com.

06Sep
The passing of the Baton
08Oct
Is Social Media Affecting Your Mental Health?
09Oct
What are you feeding your inner wolf?
Comments