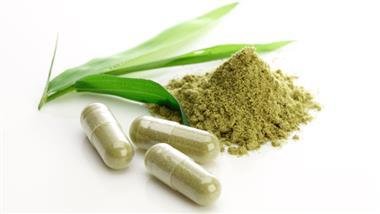 Your body has two adrenal glands located just above each of your kidneys. As part of your endocrine system, your adrenal glands secrete more than 50 hormones, including aldosterone (which helps regulate your blood pressure and blood volume), cortisol and adrenaline, the latter two of which can become overactivated by stress. Indeed, your hypothalamic-pituitary-adrenal (HPA) axis is the system responsible for the management of stress. This includes stress from every conceivable source, be it injury or disease, work or relationship problems, lack of sleep or poor diet. Exposure to chronic stress from overwork, chronic inflammation or long-term illness, for example, can result in HPA axis dysfunction, commonly — although perhaps somewhat inaccurately — referred to as "adrenal fatigue" or "adrenal exhaustion."

A more recent hypothesis is that most so-called adrenal fatigue cases are not really due to the adrenal glands' reduced ability to make cortisol. More often than not, the problem can be traced back to dysfunction in the brain signaling portion of the HPA axis, meaning the primary problem is with the hypothalamus and pituitary (the H and the P, and not so much the A, or adrenal portion of the axis). Both primary and secondary adrenal insufficiency can be diagnosed with a lab test. More subtle abnormalities in the HPA axis, on the other hand, are more difficult to diagnose. To identify HPA dysfunction, a comprehensive hormone panel is recommended. One of the best is the DUTCH test (Dried Urine test for Comprehensive Hormones), a complete hormone panel developed by Mark Newman, founder of Precision Analytical Laboratory in Oregon. The DUTCH test really outperforms all of the other methods when it comes to telling the story about what your hormones are doing, allowing you to determine what areas you should be focusing on in terms of taking corrective action. A number of nutrients are known to support adrenal function, including magnesium, B vitamins, vitamin C and animal-based omega-3 fat such as krill oil. Certain adaptogens can also be useful if you're struggling with persistent stress. Four of the more well-recognized adaptogens for adrenal support are ashwagandha, rhodiola, ginseng and tulsi. These and other adaptogens are unique in that they help your body adapt to stress, in part by regulating hormones and improving your immune function.

An herb native to Asia and India, ashwagandha (Withania somnifera) has been a powerful tool in Ayurvedic medicine for thousands of years. It's only in the last 50 years that this member of the nightshade family of plants has emerged in the West as a potent healing herb. As an adaptogen, it can:

The root contains the highest concentration of the active ingredients and helps modulate hormone balances, including thyroid hormone, estrogen and progesterone, making it beneficial for women moving into menopause. The root also reduces cortisol levels, restores insulin sensitivity and helps to stabilize mood.6 In one study,7 patients diagnosed with moderate to severe anxiety who were treated with ashwagandha reported "significantly decreased" symptoms compared to those undergoing more conventional interventions. Another study8 found "empirical evidence to support the traditional use of [ashwagandha] to aid in mental process engaging GABAergic signaling." GABA (gamma-aminobutyric acid) is an inhibitory neurotransmitter significantly involved in regulating physiological and psychological processes signaling. According to the authors:

"Our results provide evidence indicating that key constituents in [ashwagandha] may have an important role in the development of pharmacological treatments for neurological disorders associated with GABAergic signaling dysfunction such as general anxiety disorders, sleep disturbances, muscle spasms and seizures."

In men, ashwagandha can help boost testosterone levels.9 While some adaptogens are stimulants in disguise, this is not the case with ashwagandha. It can give your morning exercise routine a boost, and when taken prior to bed it can help you get a good night's sleep as well. I recommend using only 100% organic ashwagandha root, free of fillers, additives and excipients, to ensure quality.

The perennial plant rhodiola rosea, sometimes called "golden root," "roseroot" or "arctic root," is another powerful adaptogen known to enhance vitality by helping your body maintain homeostasis and adapt to physical, chemical and environmental stress. This plant has a long history of use in traditional folk medicine in Russia and Scandinavian countries.10 Among its many uses, rhodiola has been shown to:11,12,13

Importantly, rhodiola has been shown to be particularly beneficial for your nervous system, and has both antidepressant and anti-anxiety benefits.17 By inhibiting monoamine oxidase, rhodiola slows the enzymatic breakdown of neurotransmitters involved in mood and mental well-being, such as serotonin.18,19 The bioactive compounds rosavin and salidroside have also been shown to improve passage of serotonin precursors through the blood-brain barrier, and help preserve serotonin by dampening the activity of catechol-o-methyl transferase. Evidence suggests rhodiola can raise serotonin levels by as much as 30%.20 Research published in 2015 compared rhodiola to the antidepressant sertraline, concluding it's a safer choice. According to psychiatrists who use rhodiola in their clinical practice, the plant extract is a "viable choice in many cases for the treatment of mild to moderate depression."21 Rhodiola has even been shown to improve symptoms of burnout caused by work stress.22 In a study23 published last year, individuals suffering from burnout who were given 400 mg of rhodiola rosea extract for 12 weeks experienced significant improvements, reporting lower levels of emotional exhaustion, fatigue and exhaustion, and greater joy, zest for life and libido. According to the authors, the findings suggest rhodiola rosea extract "might be an important first step toward a continuous alleviation of burnout symptoms, thus inhibiting the exacerbation of the syndrome and preventing the development of subsequent disorders such as depression or physical illness."

Rhodiola's energy and vitality-boosting effects can have clear benefits for those struggling with chronic fatigue. As an added boon, it tends to be fast-acting. In one recent study,24 patients struggling with chronic fatigue syndrome who received 400 mg of dry ethanol rhodiola extract per day for eight weeks experienced significant improvements within the first week.25 In all, patients experienced a 42% reduction in total stress and a 39% reduction in fatigue; 83% of them reported feeling "very much" or "much" improved by week eight. The mechanism behind these effects is thought to be related to rhodiola's ability to modulate catecholamine release and cAMP levels in your myocardium during stress.26 It also helps reduce the stress hormone cortisol. As noted by Mental Health Daily, "Other proposed mechanisms include interactions with protein kinases p-JNK, nitric oxide, defense mechanism proteins (e.g., heat shock proteins), and regulation of beta-endorphins and opioid peptides."27,28

There are several different types of ginseng, and they are not necessarily interchangeable. Of the three major varieties, only two are actually ginseng: • American ginseng (Panax quinquefolius) — This tan, gnarled root contains ginsenosides, which are thought to be responsible for many of its medicinal properties. Chinese medicine, which has used ginseng for thousands of years, considers American ginseng a "cool" calming tonic.29• Asian ginseng (Panax ginseng) — Sometimes referred to as Korean ginseng, Asian ginseng also contains ginsenosides, although in different proportions than American ginseng, and is considered an adaptogenic herb. According to Chinese medicine, Asian ginseng is a "hot" stimulant.30 Like ashwagandha, Asian ginseng impacts thyroid hormones. More specifically, it contains properties that block production of excessive amounts of reverse T3 (rT3). A study looking at the impact of ginseng injections found it produced healthy increases of T3 and T4 and a reduction in rT3.31• Siberian ginseng (Eleutherococcus senticosus) — Siberian ginseng is not a true ginseng and does not contain ginsenosides. Its active components are called eleutherosides, which are thought to stimulate your immune system. Like American and Asian ginseng, however, Siberian ginseng is an adaptogen that's traditionally been used to increase energy, stimulate the immune system and increase longevity.32 Research has also shown Siberian ginseng has neuroprotective benefits, in part by improving hippocampal and microglial cell signaling,33 and there's some evidence suggesting it can help prevent or slow down the loss of motor function associated with Parkinson’s.34 Siberian ginseng also has mild antidepressive effects,35 and is useful for insomnia, behavioral and memory problems,36 and has been shown to improve exercise endurance by improving oxygen utilization in your body.37

Highly revered in India for over 5,000 years, tulsi, also known as holy basil, has been valued for its many health-promoting properties. This herb is said to purify the mind, body and spirit, and has been cherished for its protective and uplifting nature. There are numerous tulsi products available today, including tulsi tablets, tea, powder and tulsi essential oil. Tulsi tea is an antioxidant-rich beverage with a complex and unique chemistry. It contains hundreds of beneficial phytochemicals — non-nutritive plant compounds with protective and health promoting properties. Working together, these compounds have adaptogenic and immune-enhancing properties that combat stress, bolster your immune system and promote healthy metabolism, including helping your body maintain an optimal level of blood sugar.

Protect and Support Your Adrenal Health

Healthy adrenal functioning is important for optimal health in general. Adaptogenic herbs are certainly not the only way to protect and support your adrenals, or even the most ideal strategy. But they can be helpful during times of stress. If you've already succumbed to "adrenal fatigue" or HPA dysfunction, your treatment will require a whole-body approach — one that addresses the excess stress and unhealthy lifestyle habits that caused the impaired stress response in the first place.